Building Your Career In-House or in Private Practice

Women in Law Japan is excited to host our next event on Wednesday, 8 November 2017 from 6.30pm – 9.00pm at Amazon Japan G.K.’s Meguro offices. Please save the date and time!

The topic will be ‘Building Your Career In-House or in Private Practice.’

Angela Krantz, the Japan Legal Director and Associate General Counsel of Amazon Japan G.K. will be the moderator of a panel of leading GCs/CLOs and Law Firm Partners from various companies and law firms in Tokyo.

This event is open to all genders. RSVPs are essential. We are expecting a full-house, so please register early to avoid any disappointment. The venue capacity is 100.

We will be conducting the panel in English. 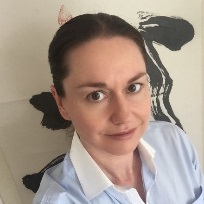 Angela manages Amazon Japan’s legal department. She has over 20 years’ experience in private practice and as a general counsel in-house. She has lived in Japan since 1993 and speaks English and Japanese.

Until October 2013, Angela was a Managing Director at Accenture, where she was the Director of Legal Services for Japan and South Korea, and the Asia Pacific regional transactional legal lead. Before joining Accenture, Angela was the Director of Legal Services for Mitsubishi UFJ Merrill Lynch PB Securities Co., Ltd. (Tokyo), formerly Merrill Lynch Japan’s private banking business. Angela also spent many years working in the Tokyo offices of Clifford Chance and Morrison & Foerster.


(IN ALPHABETICAL ORDER BY FIRST NAME) 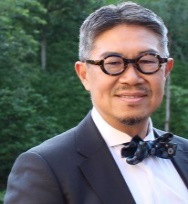 Brian was the General Counsel for IBM Japan from April 2012 to June 2017. He headed a department of 30 lawyers and contract professionals. Before becoming General Counsel, he took over the role of Assistant General Counsel from January 2010 with oversight on the transactions and deals for IBM Japan. He is currently providing support to IBM Japan and IBM China on various key projects and initiatives. 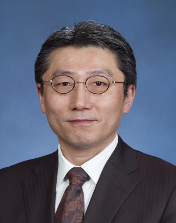 Naosuke Fujita is Goldman Sachs’ managing director and general counsel for Japan. Naosuke also recently assumed the position of head of Office of Corporate Engagement in Japan. Previously Naosuke was in private practice for 16 years as partner with Japanese and US law firms. At work Naosuke is an MD ally of the Japan Lesbian, Gay, Bisexual and Transgender (LGBT) Network and is an active sponsor of legal pro bono opportunities including partnering with outside law firms on LGBT initiatives, refugee issues and support for women entrepreneurs. Outside of work Naosuke is co-representative of the Lawyers for LGBT and Allies Network, a network that aims to promote and enhance the rights of LGBT individuals in Japan. Naosuke is a 1985 graduate of Waseda University Law School and earned an LLM from the University of Michigan Law School in 1991. Most recently Naosuke was awarded the 2017 Outstanding International Corporate Counsel Award by the Section of International Law, American Bar Association and the Most Innovative General Counsel Award in Asia Pacific by the Financial Times, for his significant involvement in pro-bono work in support of LGBT rights. 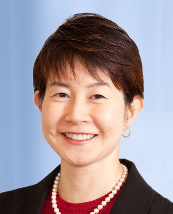 Kaede Toh focuses her practice in the areas of white-collar criminal defense and enforcement actions brought by the U.S. Department of Justice and non-U.S. regulators. She has extensive experience advising multinational corporations and individuals in a wide variety of DOJ investigations, internal investigations, and civil litigation. She also conducts anti-corruption risk assessment for private equity portfolio companies, and advises clients in implementing compliance and anti-corruption programs. Kaede grew up in various countries around the world. She graduated from International Christian University in Tokyo, and obtained her law degree from Suffolk University Law School.

Chie Yakura is a partner in the firm’s Intellectual Property Group. She represents both non-Japanese and Japanese corporations in a wide range of litigation matters with an emphasis on intellectual property, technology transactions and trade secrets, as well as cross-border contractual and commercial disputes. Ms. Yakura has also advised on product liability, real estate, licensing, antitrust/competition law and corporate restructuring matters. She has handled cases in a variety of industries, including software, hardware, consumer electronics, pharmaceuticals, biotechnology, transportation, real estate and manufacturing.


This event has ended.